Nurses and self-management: what’s the problem? By Brendan Martin 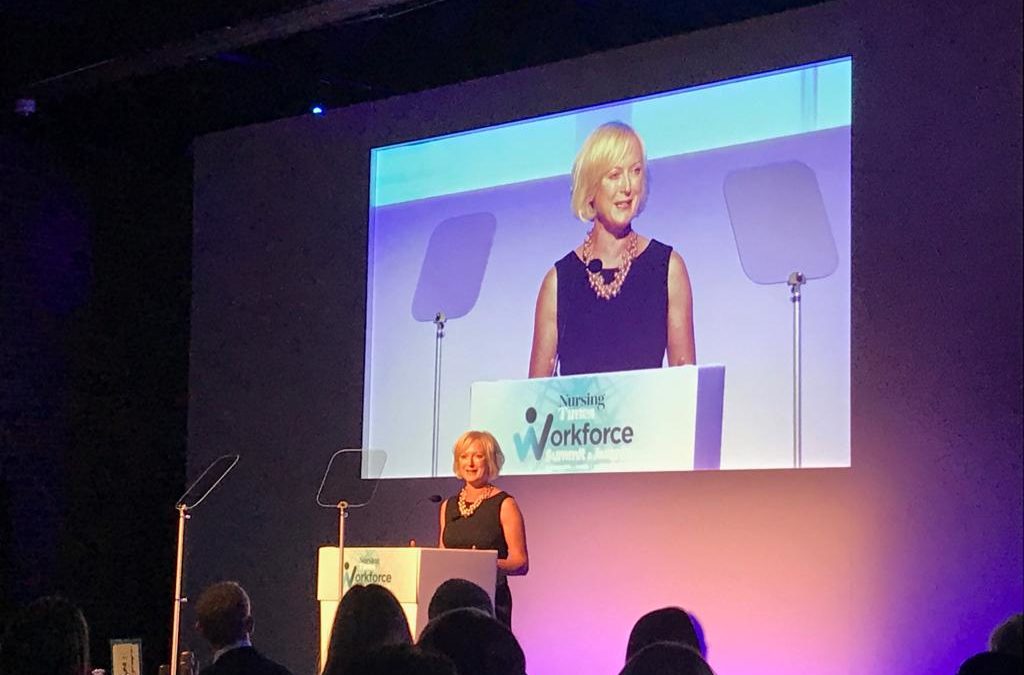 Britain’s nurses should proudly celebrate their profession’s great achievements, England’s Chief Nursing Officer Ruth May said last night when she opened the Nursing Times workforce awards, which I had the privilege of attending as the publication’s guest.

The hundreds present went on to do just that, cheering every mention of the scores of nominated local initiatives around recruitment, staff well-being, diversity and much more that must have given the award judges a hard time picking winners.

Noticing their reported statements on Twitter, Buurtzorg Britain & Ireland, which I lead, tweeted in agreement and referred to the work we are doing to support nurses who want to exercise greater professional freedom and responsibility in self-managed teams.

Quick as a flash came a passionate response from the Twitter handle of a senior community matron, insisting that district nurses have a long history of self-management and need to be empowered to do it. They don’t need “private companies from other countries” applying models that “can’t work in the UK”, said the tweet, adding: “WE CAN DO IT!!!!”

As the author of a book and many reports critical of privatisation of public services, I can easily relate to suspicious attitudes to private companies and imposed models, not least as our Dutch partner, the social enterprise Buurtzorg, knows as well as anyone that you can’t just cut and paste a model from one setting to another.

I also know for sure that British nurses can work autonomously in self-managed teams. Just yesterday, for example, I presented with nurses and care workers who have recently established self-managed teams in Medway Community Health, Kent Community Health NHS Foundation Trust and Kent County Council, our partners in an EU-supported initiative called Transforming Integrated Care in the Community (TICC).

We were speaking at the RISE4Disability event in Kent, and my fellow speakers exuded passion and enthusiasm not only for their vocation generally but also about how working in self-managed teams enables them to practice it as they have always wanted to.

I have seen similar results in most of the National Health Service organisations we have supported around Britain. Yet, unlike in some of the charities and social enterprises we have also supported, none of those NHS initiatives has yet grown beyond ‘test & learn’ scale.

In my opinion, that passionate tweet about empowerment goes to the heart of it. It’s not any lack of professional ability among nurses and other care workers that gets in the way. The problem is that the organisations and systems in which they work are designed to command and control rather than support and serve them.

In the Netherlands, a crucial success factor behind the growth of Buurtzorg from one team of four when it started in 2007 to more than 900 teams and 10,000 nurses today, has been the support of a small, agile and highly effective back office. With just 50 staff, it provides what the nurses need (including IT they find useful) so that they in turn can do the same for their clients or patients.

Truly empowering nurses involves not only stopping doing things that frustrate and undermine their autonomy – though that is a good start! – but also supporting them with the things they do need to enable their self-management to succeed at scale.

With the commitment of a growing number of nurse leaders matching that which I see all the time from the nurses and care workers we support in the TICC project and elsewhere, I am confident that a professional movement is growing that will make that happen.

If you would like to find out more about the Buurtzorg way and how we are supporting change in health and social care you might like to join our upcoming workshop in London on 11th October 2019. We hope to see you there.  If you would like any further information please call the team on 020 3092 4789 or email us at admin@publicworld.org.