What could Buurtzorg do for social work? By Brendan Martin 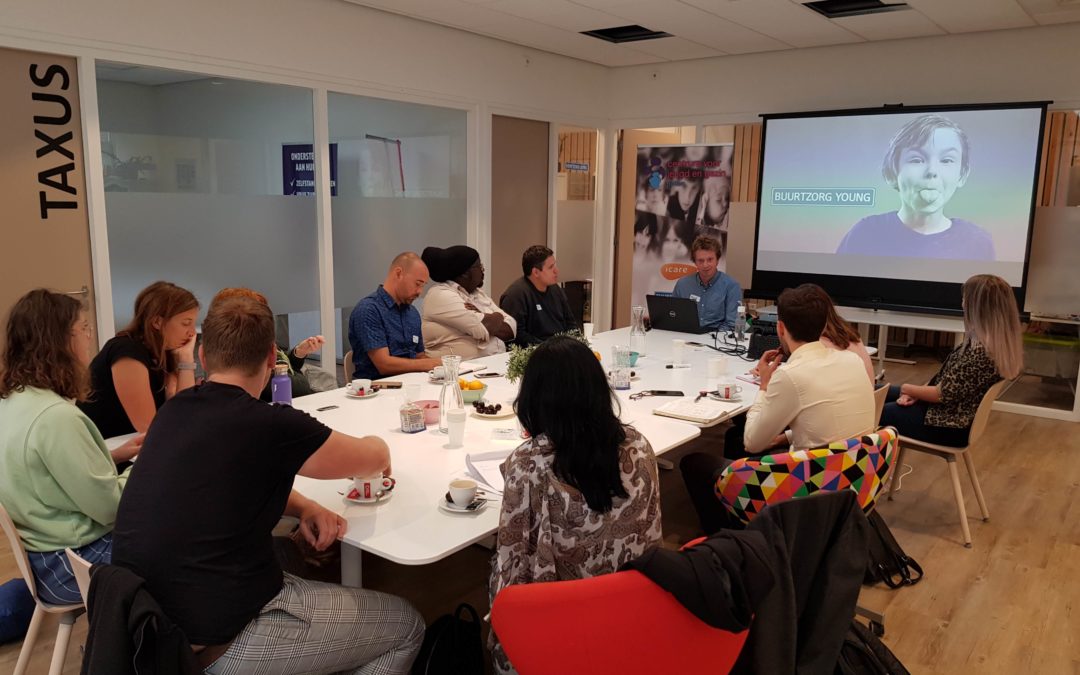 Three or so years ago a senior social work manager in London contacted me and suggested we publish anonymously a blog he had written that began:

“Freedom and responsibility are inextricably linked. One cannot have freedom without responsibility. Sadly, many health and social care staff are regularly expected to accept the latter without the former – a dangerous combination.”

He went on to explore the kind of challenges he and his fellow social work professionals encountered every day, explaining that their ability to make a difference was constantly undermined by the command and control environment in which they worked.

Sometimes this led to precisely the ‘safeguarding’ issues the hierarchical and bureaucratic system of process and performance management were supposed to avoid, he said, illustrating his point with a shocking example of the effect on a vulnerable person.

Instead of having the authority to do what was needed when it was needed, the social worker in the example he cited had understandably covered her own back, fearing she would be thrown under the bus if her own professional judgement led to an error.

It was an excellent blog, and its author and I met a couple of times to explore how we could work to bring the Buurtzorg way to social work in England. But we didn’t have the capacity to take the next steps – until now.

This week we supported a study visit of 20 frontline social workers and organisational leaders to The Hague to enable them to explore how the Buurtzorg way could transform children’s social work.

With the fantastic support of our Dutch colleagues, we arranged for them to shadow Buurtzorg nurses on their rounds and participate in seminars with a Buurtzorg coach and the director of the organisation’s lean and highly efficient back office.

Having begun with meetings with officials leading the city’s youth services, the retreat  ended, very appropriately, with a visit to the Putten team that is bringing the Buurtzorg way into youth work in the Netherlands through the increasingly successful Buurtzorg Jong.

The visit was funded and jointly planned with the Frontline charity, which also mobilised the participants, most of whom were Fellows of its fast growing programmes to support the recruitment, learning and development of social workers and leaders.

This collaboration would not be happening but for the vision and energy of Frontline’s chief executive, Josh McAllister, who took part in this week’s visit himself and has sparked a very promising conversation within social work about how the Buurtzorg way could improve it.

We have been exploring this with Josh for the last year or so since he called me with a view to arranging for Buurtzorg founder Jos de Blok to deliver a presentation to Frontline Fellows,

the more than 1,000 women and men who have completed its programme.

That happened in April – here’s the YouTube video – and now, following the study visit this week, we hope, with the support of the Centre for Public Impact, to take the next step and establish a ‘test and learn’ initiative with a local authority.

There are already highly promising pockets of innovation involving more professional automony in social care in England, and we are very glad to have supported some of them.

One of the most pioneering projects, Neighbourhood Cares in Cambridgeshire, has seen the establishment of self-managed teams in Soham and St Ives. Check out the Soham team’s inspiring blogs, and if you will be at the Nesta conference on The Future of People-powered Health on Monday please come and hear from their representatives in a session I will facilitate.

I don’t know where any of these exciting developments will lead, especially since the challenges of scaling from successful ‘test and learn’ initiatives within public sector organisations, which I explored in an earlier blog, continue to impede progress.

On the other hand, when that social work manager contacted me back in 2016 we were only just starting to bring the Buurtzorg way to the NHS, and by now we have supported very promising developments in more than 30 places.

We have learnt a lot along the way and, as we forge alliances with other pioneering organisations such as Frontline, I have no doubt we will grow the kind of impact Buurtzorg has had in the Netherlands. If you’d like to join us on that journey, please get in touch.