Why I am worried about the future 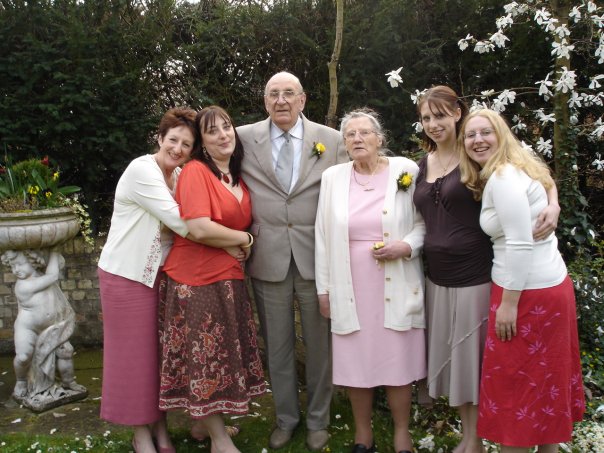 Yesterday, with family, I scattered the ashes of my late grandfather, so he was at last laid to rest with my grandmother. It was a sombre but funny thing to do, we know he would have laughed at us in many ways for making a fuss and doing it in the rain. He had a funny way of looking at things sometimes.

I love my grandparents so much and I look back in real sadness that our family couldn’t do more to support them in their last few years. If I didn’t work, I would have been able to do so much more.

There was so much of their last few years that felt like they were let down, not taken care of, not given the comfort and dignity they deserved but there is only so much we could do, and it appears too little our health and social care system could do.

That is why I worry about the future.

My mum and uncle are in their 60s and both have heart conditions that mean that they are not in the greatest of health. Another uncle has very complex needs and is in his 70s and my dad looks after him 24/7 making sure he doesn’t go off on his wanders in the middle of the night or has the medication he needs to help him breathe.

I am also a mum of a wonderful 9-year-old who I love dearly and do my best to look after.

My husband has a father who has had two bouts of cancer and his mum is going through diagnostics for her memory.

Our future scares me and leaves me overwhelmed with the thought of what is to come.

The social care system is on its knees, the workers are undervalued, understaffed, and not trusted. They don’t have time to listen to those they look after or support, they have a timeslot and a task to do, and no one has spoken to the person needing it.

My granddad always went to bed quite late, about 11.30pm but the carers came in at 7.30pm to get him to bed after he broke his back. Not their fault, but no one talked to him about his life and what he wanted and even if they could have done that, there are not enough people to go around. He always got up at 6am to get the breakfast ready and the carers would turn up at 9.30am to get him up. It was miserable for him.

As for Grandma, well the conversation between the health care team and social care team about who was going to take responsibility for her care was a shameful thing to witness. She was in the room. The process means that they basically have to try and push her on to each other so that they don’t have to fund it. It was awful.

But that was three years ago, that was before we worked our carers and nurses into the ground because a global pandemic hit, that was before the 1% suggested pay rise, that was before society got angry because there were not enough doctor’s appointments or before the incredible increase in hospital waiting lists mean that people could die before they get the treatment they need.

All of this means I look at my future and think to myself, how the hell do I look after my family when they become less able, how do I afford to keep a roof over my head, look after my child and ensure these five family members don’t end up in the same or worse situation than my grandparents were in.

If I let my brain wander too far, I fear for all our elders who will need help to live their best life, in their homes, with the people they love, doing the things that matter to them. I worry about those that are already in that situation and are hidden behind closed doors because they are isolated or have no family who will advocate for them or navigate the hugely complex system.

The trouble with some of this is, that I truly believe that there is an answer that can help everyone. That makes sure patients are heard, looked after in the way that is important to them, that nurses and carers are valued equally and not undermined with time and task, controlled by someone who knows nothing about the day-to-day activity of their team.

In the individual nurses and carers I trust – but the system is broken, why would they want to continue to keep our loved ones safe and happy when we consider them low-skilled? Why would they work for the very small amount of pay they get when they know they will have to look after their own families when the day comes because the system can’t do it well enough?

I want Buurtzorg in Britain, I want the service and approach they take with their clients, I want to know that my mum won’t be left sitting in a wet chair because she couldn’t make the toilet or that my uncle will at least be visited now and again so they know whether he is deteriorating or not.

I want to know that I don’t have to give up working, not give my child the attention and time he deserves and that I won’t be so overwhelmed and exhausted to the point that I get ill from trying to do it all.

That is why I work as part of the Buurtzorg International team, that is my why. It is how I take action to be a part of the solution, how I sleep at night with hope that the work we do will make a difference and that we will be heard. It’s why #CaringPlaces21 is so important to me.

Buurtzorg is our best option in my opinion, Buurtzorg have proved it can be done, so I say